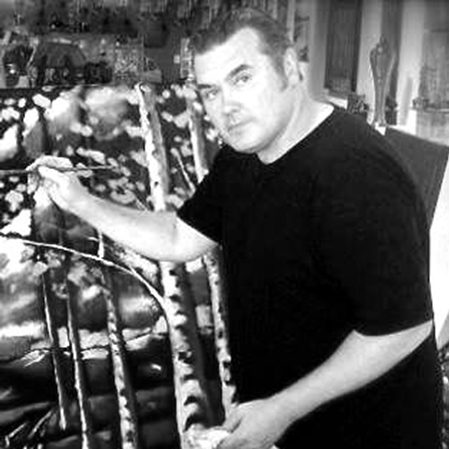 Sergey Cherep has changed the international cultural scene with his beautiful landscapes and seascapes that earned him the muse award for the "Best in Oils" at the highly acclaimed 2nd annual international ARTV awards, which were broadcast on the NBC Bravo Network in 2007.  Among his many other honours and accolades, Sergey also holds the title Professor at the Accademia del Verbanzo in Italy.

Born in St. Petersburg in 1969, Sergey started studying art as a young child. At the age of 3, he developed meningitis and became paralyzed, unable to walk or speak for several years. He found comfort in painting and went on to attend college at the prestigious Serovo Art Institute.

Whilst visiting California, Cherep became enchanted by the Napa Valley. He was entranced by the grapes, the beautiful landscape and the overall ambiance. Speaking of his work, Cherep notes, “My paintings are like fairy tales - a dream place. I don't see things as realistic. I allow the fantasy to happen. When I travel and paint I feel the sun, the grapes and the smells of California speaking to me. Anything can motivate me - a picture, a cut watermelon, or even a colour."

Paintings for Sale By Sergey Cherep