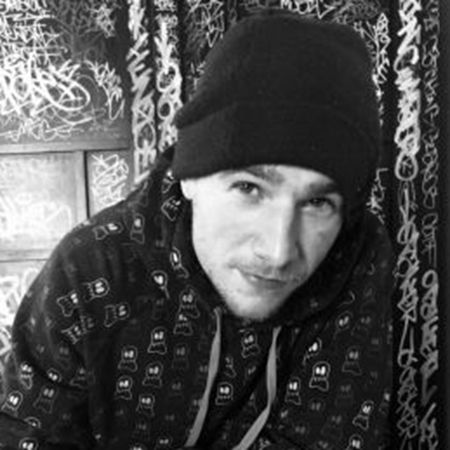 Opake One is a London based graffiti artist and has been practicing graffiti art since the age of 13. Over time, he has developed a distinct painting technique and combines both illustrative images of wildlife with elements of graffiti to create a new and exciting body of work.

First starting out writing graffiti as child loving the idea that people could paint large-scale pieces, outdoors, for free. Opake was really drawn towards painting big, full-colour pieces with other “Writers” when he started to get more involved in the graffiti subculture,

The illustrative style stems from his interest in traditional tattoo culture. Big, bold, black lines and block colour. This developed from doing a tattoo apprenticeship and his love of tattoo’s which is recognisable in the familiar old school, simple tattoo designs featuring regularly in his work.

Also present in a lot of his imagery is ‘C/S,’ also known as, ‘con safos,’ which is a Chicano term meaning ‘with safety’ used to mark graffiti, In graffiti subculture, when a piece is marked with ‘con safos,’ it indicates that the graffiti piece is complete, unarguable and ‘off limits’ to other writers.

When asked about the Crown motif, Opake explains that “If you are ‘up’ in the graffiti culture and are prolific, then you are considered a king.”

Opake’s original, mixed media artworks on board have been hand-drawn and finished in resin. His deep interest in music has inspired the lyrics featured on the backgrounds of this collections work, pertinent to each piece.

Opake states “for me, tagging in the rawest, purest form of graffiti and there’s a lot of skill involved in being able to write a ‘good tag’. And in my work, I want to highlight that element.”

Can't see your favourite character? Why not enquire and we'll get Opake on the case!

Paintings for Sale By Opake One