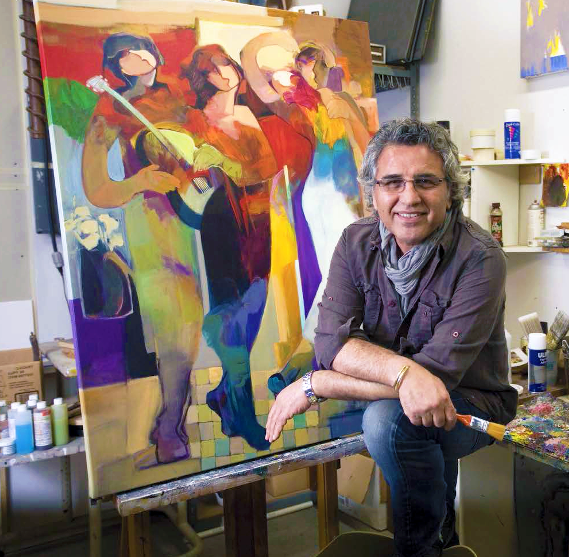 It feels like Hessam was always destined to become a professional artist. Winning awards from a young age, his early years in Iran provided a cultural education like no other. Texture and colours were in abundance, later becoming the backdrop of his now recognisable palatte. Having completed his Master of Arts degree in Italy, his travels would seem him eventually emigrate to California which became home, and from where his career flourished.

Inspired by classical painters, his art has been compared with such luminaries as Gaugin, Cézzane and Matisse. Impressionist in style, capturing movement and fluidity are key elements within each piece, as is the essence of emotive interaction.

With a career spanning over 40 years to date and numerous high-profile exhibitions to his name (including Art Miami), Hessam is widely respected and collected. This much anticipated event has been four years in the making (following on from their hugely successful show in 2016) and is sure to be one not to miss!

We shall have a champagne reception for the launch of this stunning collection on March 12th, between 6pm to 9pm.

The Exhibition will run from March 12th to 26th